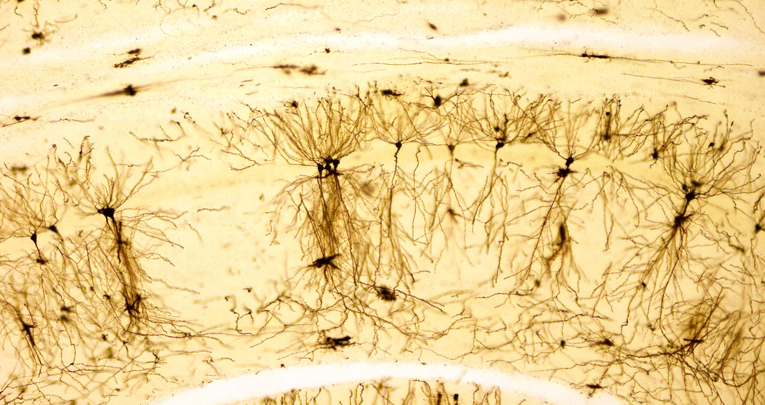 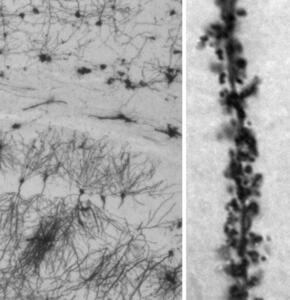 Recent evidence indicates synaptic dysfunction as an early mechanism affected in neuroinflammatory diseases, such as multiple sclerosis, which are characterized by chronic microglia activation. However, the mode(s) of action of reactive microglia in causing synaptic defects are not fully understood.

In this study, we show that inflammatory microglia produce extracellular vesicles (EVs) which are enriched in a set of miRNAs that regulate the expression of key synaptic proteins. Among them, miR-146a-5p, a microglia-specific miRNA not present in hippocampal neurons, controls the expression of presynaptic synaptotagmin1 (Syt1) and postsynaptic neuroligin1 (Nlg1), an adhesion protein which play a crucial role in dendritic spine formation and synaptic stability.

Using a Renilla-based sensor, we provide formal proof that inflammatory EVs transfer their miR-146a-5p cargo to neuron. By western blot and immunofluorescence analysis we show that vesicular miR-146a-5p suppresses Syt1 and Nlg1 expression in receiving neurons. Microglia-to-neuron miR-146a-5p transfer and Syt1 and Nlg1 downregulation do not occur when EV-neuron contact is inhibited by cloaking vesicular phosphatidylserine residues and when neurons are exposed to EVs either depleted of miR-146a-5p, produced by pro-regenerative microglia, or storing inactive miR-146a-5p, produced by cells transfected with an anti-miR-146a-5p.

Morphological analysis reveals that prolonged exposure to inflammatory EVs leads to significant decrease in dendritic spine density in hippocampal neurons in vivo and in primary culture, which is rescued in vitro by transfection of a miR-insensitive Nlg1 form. Dendritic spine loss is accompanied by a decrease in the density and strength of excitatory synapses, as indicated by reduced mEPSC frequency and amplitude.

These findings link inflammatory microglia and enhanced EV production to loss of excitatory synapses, uncovering a previously unrecognized role for microglia-enriched miRNAs, released in association to EVs, in silencing of key synaptic genes.

Exposure to M1-EVs, but not M2-EVs, reduces spine density in CA1 neurons.

a Representative pictures of secondary dendrites of CA1 neurons in intact mice (contralateral hippocampus), vehicle injected mice or upon treatment with either M2- or M1-EVs derived from rat microglia.