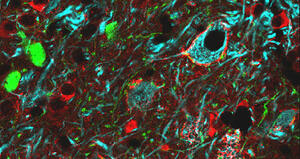 From February to December, every two weeks, on friday at 2:00 pm
Seminars Room, NICO

6 July
Roberta Parolisi (Group Buffo)
Characterization of the action of extracellular vesicles derived from microglia on OPCs
EVs, being spontaneously produced by cells and containing a heterogeneous range of molecules, are emerging key mediators of intercellular communication.
We are studying the role of these vesicles released from alternatively activated microglia, on in vitro OPC proliferation and differentiation, and in vivo re-myelination after toxic demyelination

25th May
Valentina Cerrato (Group Buffo)
Clonal analysis: things you should know before going into it

10th May
Gaia Berto (Group Di Cunto)
TTC3: a Down Syndrome gene involved in neuronal migration
Down syndrome (DS) is caused by trisomy of Human Chromosome 21 (HSA21). The clinical manifestations of DS vary in both penetrance and intensity among affected individuals, but the only hallmark common to all patients is intellectual disability (ID). DS-associated ID is the result of developmental brain abnormalities, leading to altered neuronal migration and connections within the cortex. One likely candidate for these phenotypes is TTC3, a HSA21 protein, whose expression is increased in cells derived from DS experimental models and from DS patients. Moreover, up-regulation of  TTC3 inhibits neuronal differentiation by modulating actin cytoskeleton.
In this last years, we are studying the effect of TTC3 over-dosage in cortical development, up-regulating the protein using in utero electroporation and we demonstrated that TTC3 levels are critical for correct neuronal positioning within the cortex. These data support the hypothesis that DS-cortical phenotypes can be ascribed to the increased dosage of TTC3.

1st September
A. Adelaide Chiotto (Group Di Cunto)
Cortical defects in a mouse model of Down syndrome: the role of TTC3 gene