The evolution of brain asymmetry

Once considered a uniquely human attribute, brain asymmetry has been proved to be ubiquitous among non-human animals. Lateralization is manifested in two main ways: (1) in individuals but with no common direction (bias) in the group or population, or (2) in individuals and in the same direction in most individuals so that the group of population is biased.
The first is discussed in terms of evidence of efficiency of neural processing in a lateralized brain. The second is discussed mainly in terms of the hypothesis that population biases occur as evolutionarily stable strategies when lateralized individuals coordinate with each other. This hypothesis is supported both by recent evidence and by mathematical models.

Giorgio Vallortigara is Professor of Neuroscience and Director of the Centre for Mind/Brain Sciences at the University of Trento, Italy, and an Adjunct Professor at the School of Biological, Biomedical and Molecular Sciences at the University of New England, Australia. He is the author of over 200 scientific papers (with more than 7500 citations overall, h-index 49 Google Scholar), most in the area of animal cognition and comparative neuroscience.
He discovered the first evidence of functional brain asymmetry in the so-called "lower" vertebrate species; he also worked on comparative cognition, in particular on visual perception of biological motion, and space and number cognition. His work has been rated several times in the Faculty of 1000 Biology and widely described in general science books of animal behaviour, cognitive science and neuroscience.
In 2011 he was awarded one of the prestigious ERC Advanced Research Grant. He served in the editorial boards of several cognitive science and neuroscience journals. He is the Editor of the journal "Laterality: Asymmetries of Brain, Body and Cognition"" and has been the recipient of several awards. 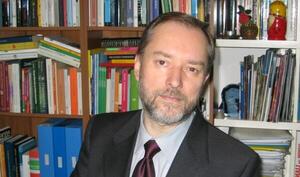