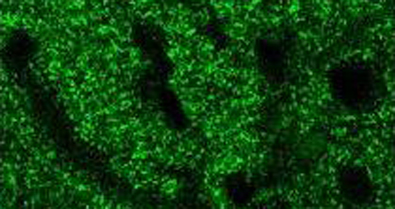 In vitro molecular studies in cultured neurons indicate that the FGF14F145S SCA27 allele acts as a dominant negative mutant suppressing the FGF14 wild type function and resulting in inhibition of voltage-gated Na+ and Ca2+ channels.
largeTo gain insights in the cerebellar deficits in the animal model of the human disease, we applied whole-cell voltage-clamp in the acute cerebellar slice preparation to examine the properties of parallel fibers (PF) to Purkinje neuron synapses in Fgf14−/− mice and wild type littermates.

We found that the AMPA receptor-mediated excitatory postsynaptic currents evoked by PF stimulation (PF-EPSCs) were significantly reduced in Fgf14−/− animals, while short-term plasticity, measured as paired-pulse facilitation (PPF), was enhanced. Measuring Sr2+-induced release of quanta from stimulated synapses, we found that the size of the PF-EPSCs was unchanged, ruling out a postsynaptic deficit.

This phenotype was corroborated by decreased expression of VGLUT1, a specific presynaptic marker at PF-Purkinje neuron synapses. We next examined the mGluR1 receptor-induced response (mGluR1-EPSC) that under normal conditions requires a gradual build-up of glutamate concentration in the synaptic cleft, and found no changes in these responses in Fgf14−/− mice.
These results provide evidence of a critical role of FGF14 in maintaining presynaptic function at PF-Purkinje neuron synapses highlighting critical target mechanisms to recapitulate the complexity of the SCA27 disease.
[ read more ]